A 1969 lecture by G. Edward Griffin of the John Birch Society discusses the Communist Agenda for America and how they plan to takeover the country in just a couple generations – and judging by the nation’s social upheaval, we’re likely in the end stages now.

In the lecture, Griffin lays out how the Communists calculated as early as the 1920s that America’s weakest point lies in the racial differences between the American people, and that it must be exploited to ensure a successful takeover.

“By constantly probing and straining this one spot, they calculated that eventually the cloth could be torn apart, and that Americans could be divided, weakened, and perhaps set against each other in open combat,” Griffin explained.

“The plans and preparations for a Communist revolution of force and violence are far-advanced. The organization behind these preparations has almost unlimited financial resources, and it provides both training and leadership based upon years of experience in many other countries.”

“The strategy of the proletarian revolution calls for the quiet conversion of our government into a Communist regime, but under the banner of socialism,” Griffin continues.

“Under socialism, those who run the government will know who is to get something and who has to wait, and that represents control over human beings.”

Griffin went on to describe how socialism in America and the Communist revolution are one and the same.

“The building of socialism IS the Communist revolution in America,” Griffin said. “It represents the process whereby our country can be moved gradually toward Communism without the people even being aware of it. No matter what grievance we have, real or imagined, no matter what national problems we may face, the Communists seize upon these as excuses to build socialism.

“The Creature From Jekyll Island” author also explained the Communist tactics of labeling anybody that opposes them as “fascists,” “Nazis,” or “antisemitic” and then using institutions like the Anti-Defamation League to further discredit them.

In the end, he said, the best way to beat the Communists is with the truth, because their only weapons are lies and deceit, and so cannot use truth to their advantage.

Matt Bracken breaks down how a new American civil war, kick started by ANTIFA and Black Lives Matter, has already begun across the United States. 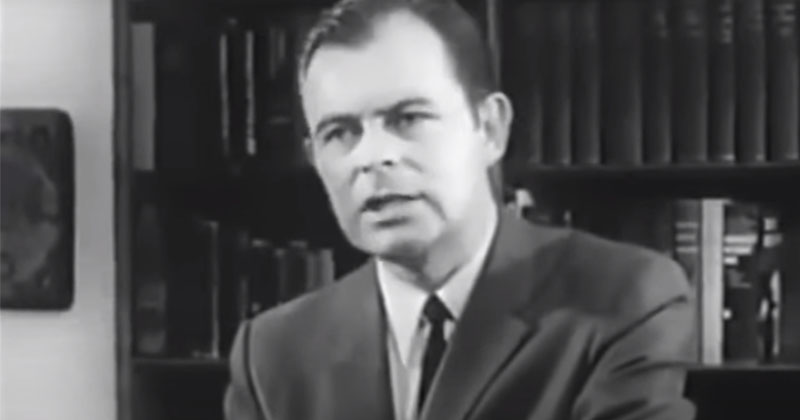 Watch: G. Edward Griffin Warns About The Communist Takeover — We Are In The End Stages
Prescient lecture from 1969 warns of the very national upheaval we are experiencing now due to Communist subversion